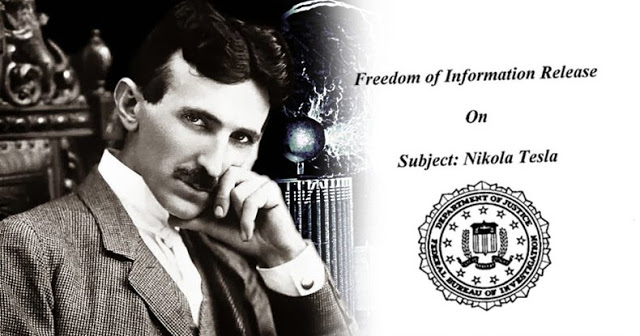 At long last, the FBI has released its document cache of files containing information on Nikola Tesla, including his inventions like death ray and ball lightning, as well as how the government obtained his notes and memos following his death.

Tesla, an inventor and innovator considered at least decades ahead of his time, predicted and helped develop an early prototype of a smartphone, among many other things.

In the Volume 100 of Popular Science Monthly in 1922, for example, Tesla predicted video calling:

“It will soon be possible to see as well as hear by means of electricity. ‘Television’ will be employed as generally as telephoning. As one listens to a voice at the other end of the line, he will also see every expression of the speaker’s face,” explained Tesla in his article.

“In a general way the instrument used for television will closely resemble the mechanism of the human eye. Success in transmitting vision depends upon four things, and of these I have already perfected two.

“The radio transmission of sound will also be developed in the future far beyond the present system. It will be possible not only for any person with a station to listen in, but also to transmit at the same time to every other station. I have already accomplished this in my experiments.”

Tesla’s experiments and inventions, and incredibly forward-thinking vision, made him the target of FBI and government surveillance. Upon his death in the midst of World War II — which had been documented January 7, 1943, though the new cache of documents suggests he didn’t pass away until the following day — the FBI rushed to seize trunk loads of his work in order to prevent anything falling into the hands of Axis forces.

But considering his inventions centered around electricity and involved the amplification of power, the United States government likely had motivations it never put to paper.

According to the newly-released information, the FBI even plotted to arrest a family member Tesla despised — who was believed to be friendly to the enemy — to prevent him using the familial bond to make a legal claim for the work.

Despite Nikola Tesla’s astonishing achievements, he has been all-but omitted from government education.

A smattering of individuals have been post-mortem students of Tesla, both furthering and fleshing out his experiments. One such inventor, Jim Murray, has studied the unparalleled scientist for over five decades — and the two have an FBI following in common.

After years of experimentation and projects, Jim contributed greatly to the development of SERPS (Switched Energy Resonance Power Supply) device. As The Free Thought Project, which has interviewed Jim on multiple occasions, previously described SERPS:

“This highly specialized electronic circuit has the ability to “Magnify” the effective power applied to it by nearly 50 times. When Jim coupled his device with his friend Paul Babcock’s patented ultra fast 5 nanosecond switching technology, they achieved a 4790% increase in electrical power compared to the input. This type of performance, if commercialized, would cause the largest electric utility companies to shake in their boots.”

You can read the FBI’s Nikola Tesla files here.