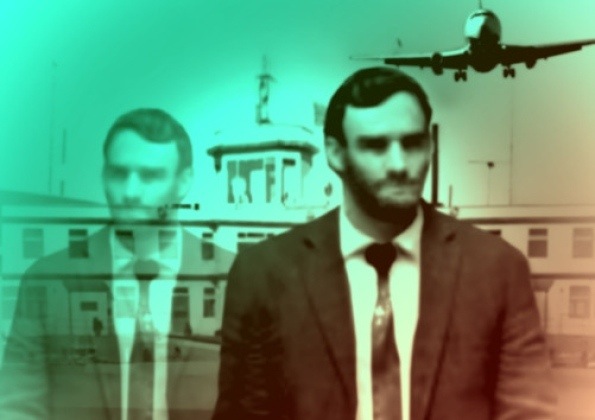 Time Travel is Possible According to Physicists, Does The Man From “Taured” Confirm This?

In 1954 one of the most bizarre occurrences ever recorded took place at Haneda Airport in Tokyo., that suggest that parallel dimensions are a tangible reality.

A routine inbound plane, from Europe, dropped off its passengers. Among them was a French Caucasian man who claimed to be entering the country for business purposes. He spoke Japanese fluently and claimed to of visited the country on several occasions for the same purpose. Things, however, became incredibly strange when the businessman was asked his country of origin. Without flinching, he plainly stated that he was from “Taured”, which was on the border between France and Spain.

The customs and security officials taken aback by the man’s claim, told him that “Taured” simply did not exist. The man then referred them to his passport, which actually showed visa stamps confirming his previous business travels to Japan and other countries and that it was, indeed, issued by the government of “Taured”. To further prove his status, he shared his hotel reservation and bank account number but, while both the bank and hotel were real, the reservation and account never existed.

Customs officials then showed him a map of the globe and pointed to a small country called Andorra believing that the man may of been confused. The man then became angry, exclaiming that “Andorra” did not exist but and was where Taured should be. His proud country had existed for a thousand years he proclaimed and he no longer had any time for any silly games. Naturally, the mystery man was eventually detained by the airport and given a room under supervision at an airport hotel for the night while the airport officials tried to make sense of what was clearly not making any sense.

The next morning, the man had disappeared from his room. Although guarded by security officials night and day he simply vanished. Furthermore, all documents from the man, likewise, vanished. They had been removed.

Although this story has been documented in several books, including The Directory of Possibilities (1981, p. 86) and Strange But True: Mysterious and Bizarre People (1999, p. 64), the original source has yet to be verified. Nonetheless, this is not the first time a situation such as this one has occurred. In 1851, a man in Frankfurt, Germany, claimed he was from a country called “Laxaria” on the continent of “Sakria” which, of course, does not exist. In the 15th century, two “green children” claimed to be from “St Martin’s Land”. This story actually has reputable sources as noted in a previous article which you can read about HERE. Another man, in Paris 1905, who spoke a completely foreign language to earth said he was from “Lizbia”, which officials presumed was Lisbon in Portugal but his language was not Portuguese and he did not recognize a map of Portugal at all.

While this may all seem pretty far fetched and we should obviously be suspicious since there is no absolute proof, according to the laws of physics, this is absolutely possible.

So keep that in mind before you impulsively reject it.