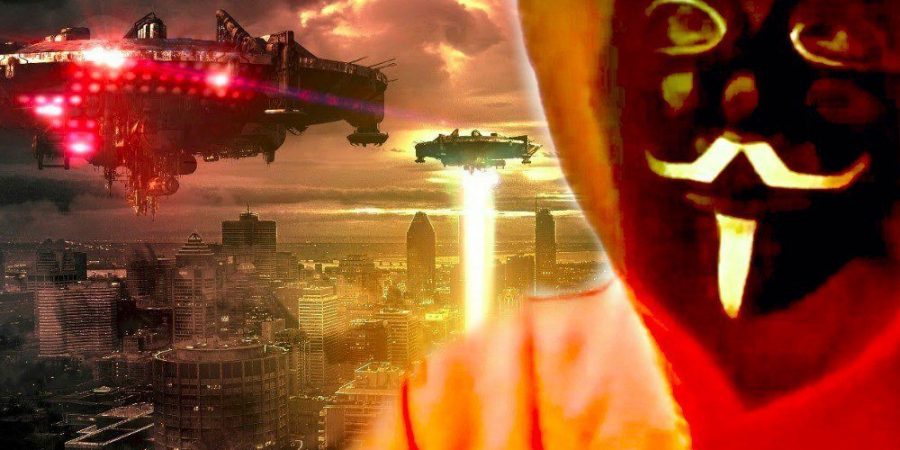 Time Traveler from 2030 Says Aliens Will Invade Earth in 2028

Someone claiming to be a time traveler from the year 2030 says he has broken his vow of silence to warn humanity of an impending alien invasion that is to come a mere 10 years from now. But the most terrifying part of the claim is that some of the aliens are already here among us. (Why are you looking at me like that?)

Roman, who claims to have travelled back in time form the not-so-distant future of 2030, warned extraterrestrial visitors are heading for Earth.

The mysterious individual appeared in an Apex TV video on YouTube, where he spoke candidly while hidden behind a Guy Fawkes mask and a voice distorter.

According to Roman, an alien species known as the Greys already lives here on Earth in hiding, but future events on their home planet will trigger a mass migration to our solar system.

The aliens he said, are both tall and short, with spindly long arms, large heads and bulbous oval eyes.

Roman conceded we have seen these aliens numerous times in sci-fi films, but soon enough they will emerge from the shadows.

When asked if the alien visitors arrive peacefully or aggressively, he said: “In a way you could say both.

“As I said, in your time there are already Greys inhabiting Earth, and whenever they see that it is peaceful for them, they decided to come here in multitudes.

“But they came here because their planet is uninhabitable.”

The alien visitors will supposedly arrive on Earth sometime between the year 2027 and 2028 – the same time humans crack the secrets of time travel technology.

The bizarre story follows claims made by time traveller Noah humans will establish an alliance with a foreign alien race in the near future.

Noah, who claims to be from the same retinue of US Government time travelling agents as Roman, said the US will partner with aliens in the year 2030.

He said in a recent interview with Apex TV: “The aliens are practically allies with the whole world except some religions that they must be dealt with and everything.

“America is allies with them.”

Roman has now claimed the aliens’ arrival on Earth will be a crucial factor in the US Government’s decision to declassify its time travel programme.

He further stressed in his time the Greys are labelled “people” and some of them have travelled to Earth from both the past and the future.

But is there any credibility to the time traveler’s outlandish stories about the future?