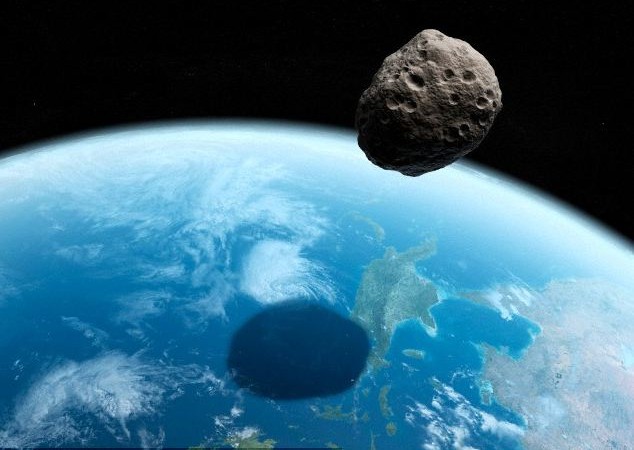 Written by Stargazer
BENDEDREALITY.COM – February 17, 2016
VIEW OTHER ARTICLES BY THIS WRITER

There has been a fair bit of excitement, worry and even anxiety over the upcoming near Earth fly by of asteroid 2013 TX68.

Even with the usual assurances from NASA that it will not hit, one still has to wonder or worry just a little since in general the trajectory of any free floating object’s journey in space can be influenced by things such as solar heating, minor collisions with other objects, and of course being perturbed by the gravity of other celestial objects.

Despite all of those varying influences on asteroids NASA has still managed to have a pretty accurate record of the proximity of these seemingly increasing close fly by’s of the last few years.

However there is one important difference this time around for asteroid 2013 TX68’s March 2016 trip. This time NASA admit’s that they weren’t able to lock down it’s exact path: “This asteroid’s orbit is quite uncertain, and it will be hard to predict where to look for it,” Paul Chodas, manager of NASA’s Center for Near Earth Orbit Studies, said. “There is a chance that the asteroid will be picked up by our asteroid search telescopes when it safely flies past us next month, providing us with data to more precisely define its orbit around the sun.” Does that statement make anyone else feel just a little nervous?

Asteroid TX68 is not a planet buster by any stretch but it is about twice as big as the Chelyabinsk meteor which exploded over Russia on February 13, 2013. According to Wikipedia source the object was undetected before its atmospheric entry, in part because its radiant was close to the Sun. Its explosion created panic among local residents, and about 1,500 people were injured seriously enough to seek medical treatment. All of the injuries were due to indirect effects rather than the meteor itself, mainly from broken glass from windows that were blown in when the shock wave arrived, minutes after the superbolide’s flash. Some 7,200 buildings in six cities across the region were damaged by the explosion’s shock wave, and authorities scrambled to help repair the structures in sub-zero (°C) temperatures.

“the object was undetected before its atmospheric entry, in part because its radiant was close to the Sun”, now there’s a sobering statement…just imagine if it wasn’t just 15-20m (49-65ft) in size and came in undetected!

So we’ve covered that NASA has admitted to being uncertain about 2013 TX68 trajectory for this year (2016) which in itself causes at least a moderate bit of “uneasy” but we’re only getting started.

After it speeds back out into the galaxy, the persistent “little” asteroid will be back on September 28, 2017. And on this third trip, the asteroid might actually hit us, according to a NASA release. No need to head to your underground bunker though as NASA says the the odds of actual impact in 2017 are about 1 in 250 million. But even 2017 won’t be the last, the asteroid is expected to do a few more close flyby’s with slim but existing odds of smacking into Earth in 2046 and 2097.

Now onto the next contender, asteroid 2012 TC4. Let me guess you never heard of it? Well I can understand if you haven’t. It seems like this isn’t a big source of worry but from the bit of research I did I think its still worthy of a few toss and turns while trying to get a good nights sleep.

Here is the short run down on this friendly neighborhood asteroid. Based on observations in October 2012 when the space rock missed our planet, astronomers estimate that its size could vary from 12 to 40 meters, so again that would be about or a bit larger than the one that exploded over Russia in 2013. The house-sized asteroid was discovered on Oct. 4, 2012 by the Pan-STARRS observatory in Hawaii. Week later, it gave Earth a close shave when it passed the planet at the distance of 0.247 LD (lunar distance), or 94,800 km. 2012 TC4 is an elongated and rapidly rotating object and has been known to make many close approaches to Earth in the past. Now, the scientists try to determine the exact path of 2017 fly-by and the probability of a possible impact. “It has a 0.00055% cumulative chance that it will hit,” Györgyey-Ries said. “The fact that the MOID [minimum orbit intersection distance] is only 0.079 LD flags it as a possible impactor. However it is just the smallest possible distance between the orbits.”

“There is one in a million chance that it could hit us,” Detlef Koschny, head of the Near-Earth Object (NEO) Segment in the Space Situational Awareness (SSA) programme office at ESA, told astrowatch.net. He also tried to estimate the exact size of the celestial body. “The size was estimated from the brightness, but we don’t know the reflectivity. So it could be smaller or larger, assume from 10 m to 40 m. A 40 m iron object would go through the atmosphere and make a crater; a 10 m rocky object would be hardly noticed.”

In case I’ve caused any anxiety, here is the token “everything will be okay” statement, NASA’s Asteroid Watch has assured there is no chance this asteroid will hit our planet, but Györgyey-Ries admits more observations are needed to mitigate the uncertainties.

So while it is unlikely for either of these to hit (and possibly others they haven’t observed/discovered as yet) there is still a small chance they could hit. At the very least I feel people should start being more aware of the possibility rather than just pretending it will never happen, because while it is a little difficult to say if things like fireballs have actually increased or they’re just being reported more, it sure does seem like it’s on the rise especially with all the added excitement of all these seemingly increasing close ongoing asteroid fly by’s of the last few years.

IF YOU LIKE BENDEDREALITY.COM PLEASE TELL OTHERS ABOUT US…SHARING IS CARING
HAVE A COMMENT? LEAVE YOUR COMMENT BELOW
Republishing of this article is allowed with full attribution/credit to the author and this site (bendedreality.com). It must be in its original form, no edits or modifications of its contents in any manner.