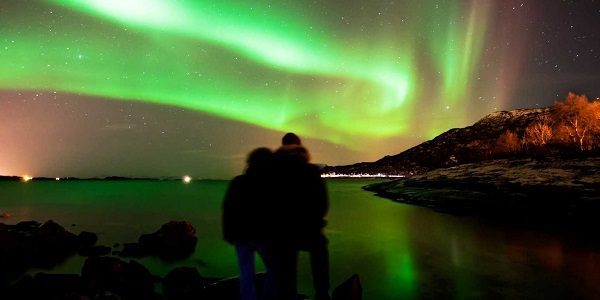 Cities as far south as New York and Chicago may see the Northern Lights on Saturday due to an unusual geomagnetic storm, meteorologists said.”

“According to the NOAA’s graph, some parts of states like Illinois, Michigan, New York, and Pennsylvania might be able to see the lights”

A giant cloud of charged particles from the solar corona – the layer of gas surrounding the sun – known as a coronal mass ejection (CME) is expected to arrive on Saturday.

This in turn could increase the reach and intensity of the aurora borealis, also known as the Northern Lights, to parts of the northern US over the weekend, the National Oceanic and Atmospheric Administration (NOAA) said.

Meteorologist Joe Charlevoix tweeted that the Northern Lights would likely be visible on Saturday night. “This is not a guarantee but conditions are favorable,” he said. 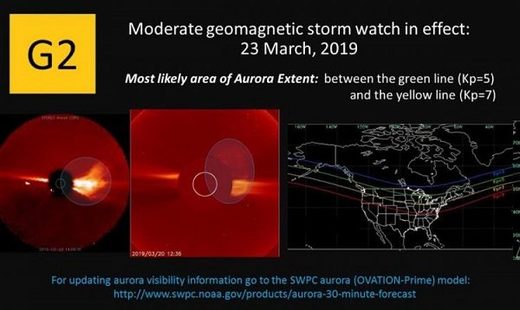 According to the NOAA’s graph, some parts of states like Illinois, Michigan, New York, and Pennsylvania might be able to see the lights:

Boom! Here's the Solar #Flare that unleashed a #CME towards Earth yesterday that prompted the G2 #geomag storm watch for this weekend. pic.twitter.com/smCzLen0Zw