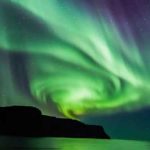 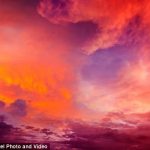 Blood Red Sky in 1770 Lasted over a Week, Caused by the Biggest Solar Storm in History

I imagine that would have been both very terrifying and spectacular all at the same time. via dailymail.co.uk: In 1770, people living in far-east Asia saw the sky turn a deep crimson for over a week – an event that was recorded in ancient scrolls. Now, scientists have analysed the historical event, and suggest the red hue was caused by … Continue reading → 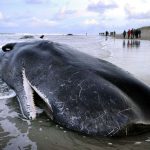 While this article title specifically addresses the stranding of last year, it should be noted that this theory of solar storms causing stranding is being considered for other incidents from this year as well. When a pod of seemingly healthy young sperm whales started washing up on the beaches of Northern Europe at the beginning of 2016, it had scientists … Continue reading → 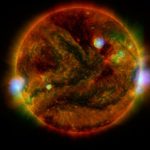 A solar storm will send extraordinary displays of colorful lights through the skies of northern countries, but may interfere with electrical equipment and power supplies. Solar storms, also called geomagnetic storms, occur when plasma, the superheated matter that makes up the sun, is blown outward from our star to create a stream of supercharged particles, sometimes referred to as the … Continue reading → 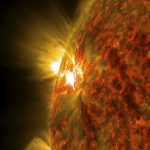 THERE is a one in eight chance that the Earth will be hit by a huge solar storm by 2020 which could potentially leave the world without Internet, phone service and many more services that modern-day humans rely on. Researchers have warned that there is roughly a 12 per cent chance that a solar storm could smash into Earth by … Continue reading →

If you’re looking for something to take your mind off of the presidential election, this might do the trick. A giant crack has been discovered in the Earth’s magnetosphere – our first line of defense against those pesky cosmic rays that bring down electrical power grids, mess up global positioning systems, garble communications and make your skin look like the … Continue reading →