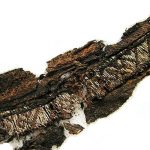 Archaeologists studying clothing worn by ancient Vikings have found evidence of a link between the Nordic tribes and Islam. Researchers from Sweden’s Uppsala University examined garments uncovered at 9th and 10th-century burial sites. They found that what they thought were typical Viking Age patterns in silver bands and embroidered clothing, were actually Kufic characters invoking both ‘Allah’ and ‘Ali,’ two … Continue reading → 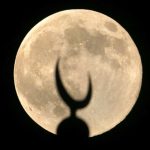