Loud ‘Boom’, Shaking in Charlotte, North Carolina was not an Earthquake

By Matthew Ablon via WCNC A loud bang in south Charlotte Thursday remains a mystery. No injuries or damage was reported after the loud noise and shaking were felt across portions of south Charlotte shortly after 11 a.m. WCNC Charlotte Chief Meteorologist Brad Panovich was contacted by the Charlotte Fire Department inquiring about the possibility of an earthquake. While Brad … Continue reading →

Jim Kasuba News-Herald A mysterious boom shook, rattled and rolled many residents of Gibraltar early Thursday afternoon. The resonant sound was first mentioned by a resident who posted a comment on the Gibraltar Life Facebook group page, with numerous people saying they heard and felt it, as well. Several people said it sounded like thunder, but the sun was shining … Continue reading →

The sounds of an explosion or rattling and shaking were heard or felt across part of Escambia County Saturday afternoon, and so far no one seems to know why. Beginning about 2 p.m., NorthEscambia.com was flooded with over 600 messages and comments from people reporting the incident, and Escambia County 911 also received numerous calls. A majority of the comments … Continue reading → 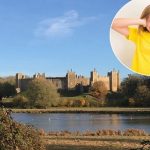 Will Jefford East Anglican Daily Times An “unbelievably loud bang” woke up residents across Suffolk this morning, prompting questions over its origin. The noise was heard by a number of people in towns and villages across the east of the county shortly after 6.30am today. Residents in Framlingham, Kettleburgh and Saxmundham have all reported hearing the mysterious bang, which sounded … Continue reading →

A loud explosion has been reported by hundreds of people across Cornwall today. The bang, which “sounded like a bomb”, according to locals, was heard at about 9.30am in west Cornwall between the Camborne and Helston areas. Residents said they felt vibrations that “rattled through” their homes. Dozens of people suggested it could have been a sonic boom by a … Continue reading → 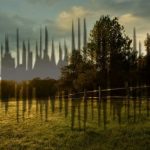 The cause of a loud and mysterious bang heard along the East Kent coast last night still has not been confirmed. Reports on Facebook site Deal Watch claim the explosion-type sound was heard across parts of Walmer, Deal, Sholden and Sandwich at about 9pm. Some said it was like a ship’s distress flare while others describe it as like thunder, … Continue reading → 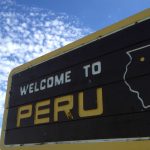 After a loud, deep kaboom shook windows in Peru on Sunday night, neighbors began pointing fingers at possible fireworks enthusiasts. Could it have been a fireball? Mike Hankey from American Meteor Society said www.amsmeteors.org received 13 notifications Sunday about fireball sightings over Iowa and Illinois. However, most of those were logged at 5:30 p.m. So, not likely. However, Peru police … Continue reading → 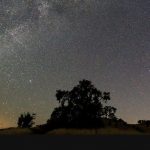 People all over Sonoma County looked up at about 7:40 p.m. on Thursday, Nov. 21, when a brief series of “booms” rolled across the valleys. But there was no glow in the sky, the stars were visible in the cloudless sky. Was it thunder? Or was it a meteor? It may be no coincidence that the sound corresponded to a … Continue reading → 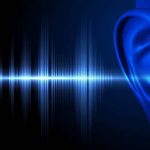 Social media was rife last night after ‘loud bangs’, an ‘explosion’ and a ‘massive flash’ were seen and heard over the city. People living across the north of the Coventry were shocked when they heard the loud bangs in the early hours. Residents in Coundon, Allesley and even in Radford and Keresley were woken and startled by the noise. Across … Continue reading →